Stacks of printing paper are placed against the wall while dirty clothes are tossed all over the filthy floor of the dingy bachelor flat which doubled as as fully-functional illegal Home Affairs Hillbrow office for manufacturing fake IDs, passports, birth certificates, negative Covid-19 test results, gun licences and even training course certificates.

For months, the overcrowded five-storey Anlar Court building with at least 60 units in Catherine Road in Hillbrow, Johannesburg, hid an illegal operation, allegedly used by a tenant, Bhekisizwe Mpala, to produce fake documents for illegal foreigners who want to live and work in South Africa peacefully.

On Tuesday, plain-clothed police pounced on him in his bachelor flat on the fifth floor as he was preparing another batch of his illicit documents.

Police retrieved computers, printers and other documents that Mpala, who works as a security guard, had allegedly used to help his customers. 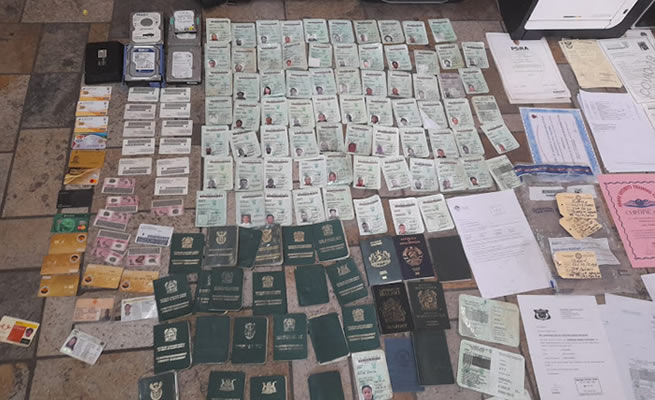 A resident had tipped the police off about Mpala’s “business” while they were conducting their “Operation O Kae Molao”.

“The suspect was immediately arrested and charged with fraud. There is a possibility that more charges will be added pending the investigation,” said Gauteng police spokesperson Capt Mavela Masondo. 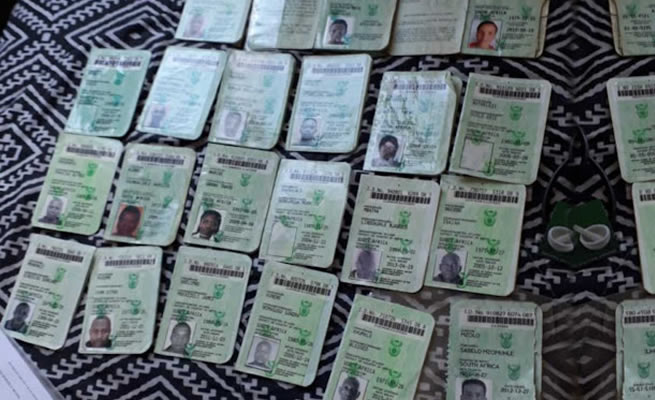 Home Affairs minister Aaron Motsoaledi’ spokesperson Siya Qoza said the documents found in Mpala’s flat were to be verified if they were fake.

“The process of verifying the authenticity of the documents involves going to our records. That process has started. We’ll communicate when that process has been concluded,” Qoza said last night.

Motsoaledi told news channel eNCA earlier week that: “I can confirm that a few of them (documents) have been confirmed to be on the national population register.”

He added that the owners of the documents who are South Africans would have to explain how their documents ended up at the Hillbrow flat.

The caretaker at Anlar Court said Mpala had lived there since January 2019 paying R3,200 rent. 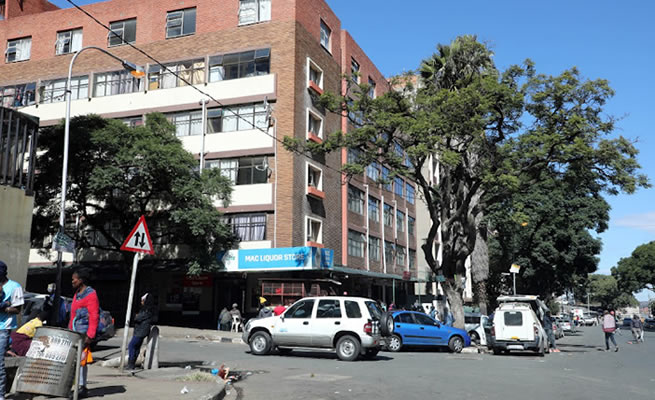 “He lived alone. He is a good tenant who is humble and always paid his rent on time,” said the caretaker who spoke to Sowetan on condition of anonymity.

Mpala’s sister, who did not want to be identified, said her brother has been living in Hillbrow since 2008.

She said he is a father of three children aged 28, 18 and 8 who live with their South African mother in Thabazimbi, Limpopo. She said she was not aware of her brother’s alleged illicit business.

“I last spoke to him last week [on Wednesday]. We met at a shop in Berea [also in Joburg]. He drives a blue VW Golf Velocity car and works as a guard. I just asked him how his children and wife are. I feel bad about what happened to him. It is painful. He is my brother and what he did is wrong,” she said.

A security officer at the flats said police pounced on the man at about 10am.

“The police officers in plain clothing came here and showed me their identity cards and told me they were going to room 509. They went upstairs and came back after 45 minutes or so with boxes, printers and computers. They were walking with him [Bhekisizwe] while he was in handcuffs. He was smiling and laughing as they escorted him to the police car.’’

On the fifth floor where Mpala lived, neighbours said they did not know they were living with an alleged criminal right under their noses. The floor consists of 12 rooms with burglar doors, drainage system and roof with one hole in the middle with exposed wires.

When the news crew visited the suspect’s apartment on Tuesday, the burglar door was open but the main door was locked. No-one answered when the news team knocked.

During the court proceedings, Mpala was asked if he would find his own lawyer or seek to apply for representation via legal aid.

Mpala, who seemed calm in court, indicated that he had no lawyer and would like to get one that would be paid for by the state. He provided his Hillbrow flat address as his permanent residential address in the country.

The court was told that he has no previous or pending cases. He was not asked to plead and will remain in police custody until his next appearance on April 26.

We use cookies on our website to give you the most relevant experience by remembering your preferences and repeat visits. By clicking “Accept All”, you consent to the use of ALL the cookies. However, you may visit "Cookie Settings" to provide a controlled consent.
Cookie SettingsAccept All
Manage consent

This website uses cookies to improve your experience while you navigate through the website. Out of these, the cookies that are categorized as necessary are stored on your browser as they are essential for the working of basic functionalities of the website. We also use third-party cookies that help us analyze and understand how you use this website. These cookies will be stored in your browser only with your consent. You also have the option to opt-out of these cookies. But opting out of some of these cookies may affect your browsing experience.
Necessary Always Enabled
Necessary cookies are absolutely essential for the website to function properly. These cookies ensure basic functionalities and security features of the website, anonymously.
Functional
Functional cookies help to perform certain functionalities like sharing the content of the website on social media platforms, collect feedbacks, and other third-party features.
Performance
Performance cookies are used to understand and analyze the key performance indexes of the website which helps in delivering a better user experience for the visitors.
Analytics
Analytical cookies are used to understand how visitors interact with the website. These cookies help provide information on metrics the number of visitors, bounce rate, traffic source, etc.
Advertisement
Advertisement cookies are used to provide visitors with relevant ads and marketing campaigns. These cookies track visitors across websites and collect information to provide customized ads.
Others
Other uncategorized cookies are those that are being analyzed and have not been classified into a category as yet.
SAVE & ACCEPT
Posting....
'Candidate' should login to apply for this job. Click here to logout And try again