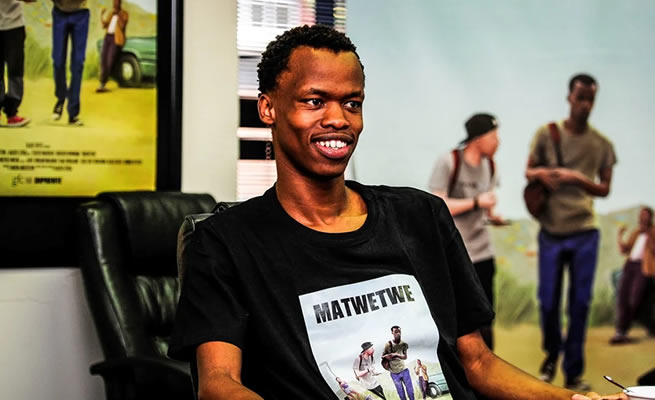 The sentencing of the foreigner who was convicted for murdering Matwetwe actor Sibusiso Khwinana had to be postponed as he terminated the mandate of his legal representative because he was unhappy with his conviction.

The accused murderer, Julius Lucas, who is from Tanzania, appeared in the Gauteng High Court in Pretoria on Wednesday, where sentencing proceedings were expected to get under way.

Lucas’ legal aid advocate placed it on record that he did not have instructions with regards to sentencing proceedings. He told the court that Lucas was unhappy with his conviction and wanted the case reopened with a new advocate.

“He wants a new lawyer to proceed with the matter,” the legal aid advocate said.

Lucas also voiced his unhappiness that the media had been covering the trial.

The State placed it on record that justice delayed was justice denied and added that although the family needed closure, because of the rights of the accused, they would not oppose a postponement for new counsel to be appointed.

Judge Portia Phahlane explained to Lucas that even if he elected to appoint new counsel, he would not be able to reopen the case as he had already been convicted.

“We are at a stage where you are supposed to be sentenced. If you have an issue with the merits, there are procedures to be followed. You can appeal the conviction and sentence of this court,” Phahlane said.

She added that appointing a new defence advocate would delay the matter by months as there was a backlog in transcribed records. While Phahlane was addressing Lucas, he turned to the interpreter and asked for permission to address the court.

“I just wanted to bring to the court that I didn’t kill anyone,” Lucas said.

“They just came and picked me up and the media was there. It was published everywhere and this is what is hurting me.”

While Lucas wanted new representation, he told the court that he did not have funds to appoint his own advocate and would again make use of legal aid. The matter was postponed to 4 May for legal aid to consider giving Lucas new counsel, but was asked that he first provide reasons for terminating the mandate of the advocate who had been representing him.

RIGHTS OF THE VICTIMS

“We are really disappointed, it seems like we don’t have rights; the only guys who have rights is these guys [convicted criminals].

He said the family needed closure and were desperate to end this chapter in their lives.

Lucas was found guilty of murdering Khwinana during a robbery outside Sterland Mall in Arcadia, Pretoria, in 2019.

News24 reported in February that Lucas was found guilty of murder, robbery with aggravating circumstances and contravening the Immigration Act as he was in South Africa illegally.

Lucas is a Tanzanian national.

In her judgment, Phahlane rejected Lucas’s version that he was at home on the evening of the murder. She accepted the evidence of the witnesses

who placed Lucas at the scene and told the court Khwinana was stabbed after he ran after Lucas, who had snatched his cellphone moments earlier.

According to the post-mortem, Khwinana was stabbed in the heart and died before paramedics arrived at the scene.

“The evidence shows that the deceased lost his life to the accused,” Phahlane said.

Khwinana died a gruesome death at the hands of Lucas, who showed no regard for human life, she added.

Phahlane said the State had proved its case beyond a reasonable doubt.