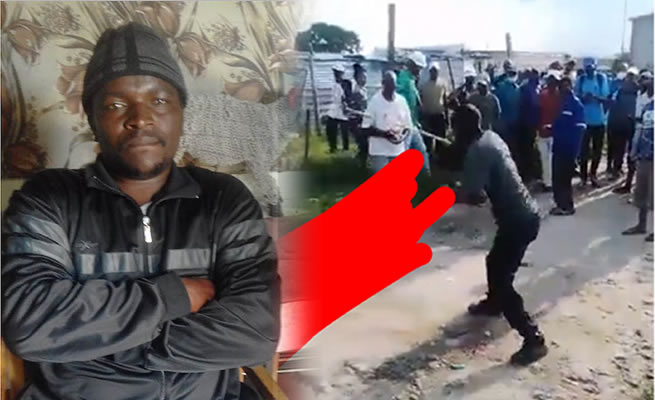 Seven people appeared in the Randburg magistrate’s court on Tuesday, accused of murdering Zimbabwean Elvis Nyathi in Diepsloot on April 7.

They are charged with murder, robbery with aggravating circumstances, kidnapping, attempted murder, assault with intent to cause grievous bodily harm and extortion.

“We can confirm, as the National Prosecuting Authority [NPA], that a group of seven men appeared in court in relation to the murder of Elvis Nyathi,” NPA spokesperson Phindi Mjonondwane said on Tuesday.

Nyathi, 43, was stoned and burnt to death on 6 April in Diepsloot, Johannesburg for not having a passport by members of the infamous Operation Dudula.

The residents accused the Zimbabweans of committing crimes in the area. The group is alleged to have robbed some of the victims and demanded money in exchange for the release of those being held.

The men face charges of murder, attempted murder, kidnapping, robbery with aggravating circumstances, assault with intent to do grievous bodily harm and extortion.

Fourteen suspects were initially arrested. However, after prosecutors went through the contents of the docket, it was decided there was insufficient evidence against the other seven.

The seven accused will remain in custody until 22 April 2022 for them to acquire legal representation.

The father of 4 worked as a gardener in Johannesburg’s Fourways suburb.