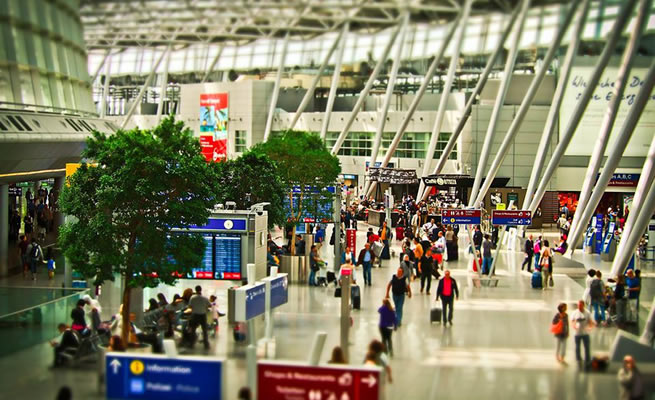 An immigration official based at OR Tambo International Airport in Johannesburg has been arrested, after he was allegedly caught allowing undocumented foreigners from Bangladeshi into South Africa.

Home Affairs Minister Aaron Motsoaledi confirmed a number of details to the media earlier today. He’s been a busy man recently, after he attended crisis talks in Diepsloot and led the recent bust of an illegal passport kingpin in Gauteng. His diary showed no signs of clearing on Wednesday…

Motsoaledi says the kingpin get the runner to recruit Bangladeshis who want to come to SA but do not qualify. He charges them around R110 000. @eNCA

According to Minister Motsoaledi, it’s likely that a ‘syndicate’ is operating WITHIN the walls of OR Tambo. He believes that workers – from the cleaning staff to baggage handlers – are all in on the scam. The minister has vowed to crush the operation, and find the kingpins on both sides of the border.

“A short while ago, we witnessed the arrest of the immigration officer at the counter who was facilitating the entry of Bangladeshi nationals into the country illegally without the requisite immigration documents.”

“In Bangladesh, the syndicate includes a recruiter of Bangladeshis who don’t qualify to come to SA. All operations are coordinated by a kingpin. At OR Tambo, the syndicate involves the immigration officer who has been arrested, members of the ground handling staff, cleaners, security personnel, and some in the security agencies.”