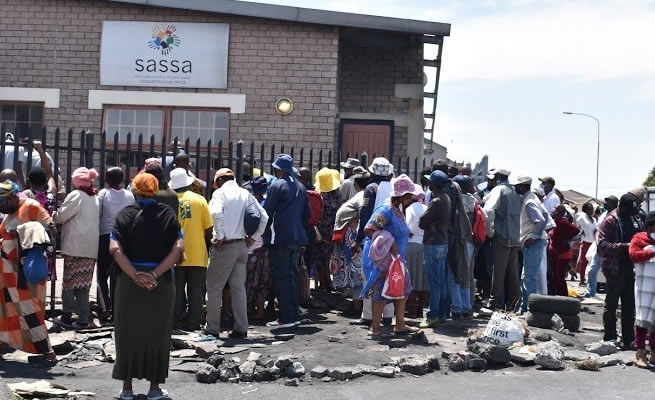 The Congress of South Africa Trade Unions (Cosatu) which represents the interests of all people who work in South Africa has welcomed the government’s decision to lift the country’s national state of disaster and says the focus should now turn to providing permanent financial support to the country’s unemployed.

“The extension of the R350 SRD Grant will provide welcome relief for more than 10 million unemployed persons receiving it. It needs to be made permanent and linked to the food poverty level of R624,” the country’s largest trade federation said.  This should provide a foundation for a Basic Income Grant, Cosatu said.

The Budget Justice Coalition has also called for the reformulation of grants in South Africa to meet the food poverty line, as well as the formal introduction of a basic income grant.

The group, which is a voluntary coalition of civil society organisations, made the suggestion as part of its written submission on the 2022 Division of Revenue Bill to parliament in March.

No grant must be below the food poverty line of R624 at the very least, it said.

“We note President Cyril Ramaphosa’s announcement that the R350 Social Relief of Distress (SRD) Grant is extended to March 2023, as stated in his State of the Nation of Address (SONA), but urge that budget be allocated for the grant to be increased to the Food Poverty Line and that budget be allocated to the Department to address the administrative challenges of the grant.”

The group warned that the benefits of the SRD Grant cannot be underestimated and that it is crucial that the government addresses the glaring gaps in the current social assistance framework for the unemployed.

In its February 2022 budget, the National Treasury said it is still considering proposals around a universal basic income grant for South Africa, but it maintains that it cannot be done in a fiscally irresponsible way.

“The Covid‐19 pandemic increased national debate on the possibility of a universal basic income grant, and the government is considering various proposals in this regard,” it said.

“Any proposals to expand this system need to be fully and appropriately financed by closing existing programmes to free up revenue, or through permanent increases in revenue collection.”

Speaking ahead of his budget speech, Godongwana indicated that all of South Africa’s social grants would be up for review as the government seeks a sustainable way to support the poor.

Approximately 46% of the entire population receives some form of social grant in the country, which has been flagged as unsustainable.