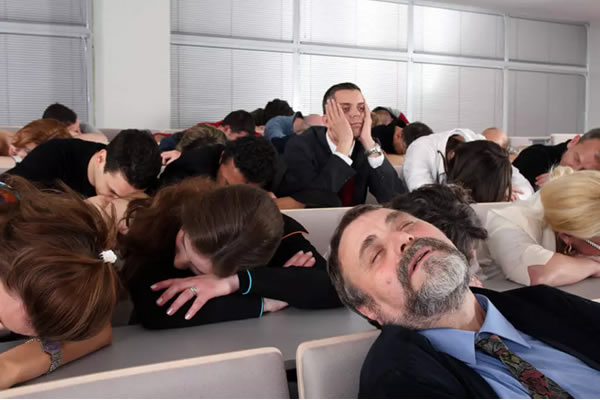 If you happen to be one of those people that arrive into work, spend 4 hours on your Fantasy Football and then count the minutes until quitting time, it’s very likely that you’re bored off your arse.

Then again, you might earn your living as an international spy that freelances as a bungee jump instructor. Each to their own.

Employment specialists Emolument have surveyed 1,300 professionals and they’ve discovered that anyone who’s working in the legal profession is far more likely to be bored senseless.

Other professions that have people frequently daydreaming at their desks include; engineers, teachers and project managers.

On the other end of the spectrum, only 45% of people that work in research and development claim to be bored at work. They must arrive into work drunk or something.

Regarding specific countries to work in, it appears that the UAE is an absolute hoot because only 17% of the respondents claimed to be twiddling their thumbs at work.

Maybe they have an office environment that somehow manages to combine the giddy thrills from having an Xbox, crossbow and monkey in the office.

Regarding the UK, 64% of the people surveyed felt that Wales, England, Scotland and Northern Ireland were fairly boring countries to work in.

We imagine that they’re the type of people that are always cracking jokes at the water cooler.