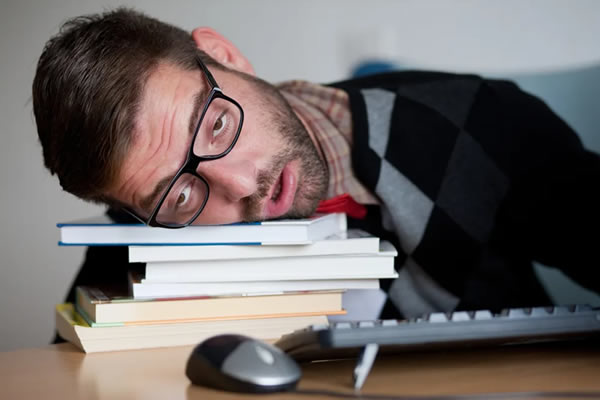 No matter the depth of your research or the length of your interview process, accepting a new job is always something of a gamble. You roll the dice on things like whether the particular projects you’ll be tasked with will truly reflect your job description and whether the company culture is really all the “happy hours and high-fives” that the hiring manager made it out to be. But even acknowledging that reality doesn’t make it any less soul-crushing when you start a new job only to regret it—particularly if you took on the role to resolve a growing case of burnout or to better align your career with your values.

Though experiencing a bout of new-job regret can feel incredibly isolating in the moment, as you navigate the blank space between two not-quite-right jobs, it doesn’t have to be inherently negative, says Erin Grau, co-founder and COO at workplace wellness consultancy Charter. Rather, she says, for some folks, these feelings might reflect a newly sharpened vision of what they’re really hoping to get from a job, in the wake of a pandemic that sparked a realignment of priorities. “The desire to be doing meaningful work, fulfilling a greater purpose, and creating value in the world is arguably stronger than ever,” she says. And figuring out exactly how to do that might take not just one, but perhaps two or three (or more) job switches, for some.

In the meantime, though, if you’re sensing the inklings of new-job regret (for any reason), it may be helpful to weigh your options for how to move forward, whether that’s with some time, an escape plan, or otherwise. Below, career experts share their tips for how to handle new-job regret, and how to avoid the entire scenario in the future.

1. FIND THE REAL REASON(S) BEHIND THE REGRET YOU’RE FEELING

While many signs of new-job regret relate to losing excitement about the role or feeling as though you can’t vibe with your team (both of which may dissipate with time), it’s important to rule out certain red flags that’d call for a more immediate decision to leave.

“The most obvious examples are any immoral, unethical, or even illegal behavior,” says Gillian Williams, partner and co-founder at recruiting agency Monday Talent. “There is never an excuse for an employer to put you in a position where you have to compromise your values or ethics.”

Similarly, if you’re only a few days or weeks into your new job, and you’ve noticed that your physical or mental health is deteriorating, or the stress of the job is cutting significantly into non-work hours, it’s also not worth sticking it out. “There are normal levels of stress and anxiety with a new job, but there’s also a line where staying in a job becomes unhealthy and even detrimental to your sanity,” says Williams.

2. GIVE THE NEW JOB SOME TIME, IN MOST CASES

Chances are, you’re not going to jibe with a new position immediately—especially if you’re onboarding remotely and haven’t met any of your coworkers in person. So, if none of the aforementioned red-flag scenarios are in play, it’s worth allowing at least three or four months for the dust to settle.

“There’s always an adjustment period when it comes to starting a new job, and it takes at least that long to see how you’re really acclimating to the environment and to learn all aspects of the role,” says Carly Mednick, partner and co-founder at Monday Talent.

3. WORK TO ADDRESS ANY POTENTIAL NON-WORK CAUSE OF BURNOUT

It’s easy to attribute a change in your mood to a new job if it started around the same time—but, of course, we’re all multidimensional humans, and overexertion in any other sphere of your life could also be magnifying (if not causing) the negative vibe or dissatisfaction you’re feeling. “Burnout can happen in different facets of your life where you’re giving a lot of yourself or committing a lot of different energy,” Erayna Sargent, founder of burnout consulting firm Hooky Wellness, previously said.

So, identifying non-work-related causes of burnout (like parental, marital, or caregiver burnout) and addressing those may be essential, in a roundabout way, to resolving that feeling of new-job regret.

4. CONSIDER WHETHER AN INTERNAL SWITCH WOULD FIX THE ISSUE

If the reason you’re feeling regret has to do with a discrepancy between the role you’re doing and the one you accepted on paper, it’s possible that a simple misunderstanding is the root cause—and you could suss it out with your manager by way of an honest conversation.

“Sometimes, we think we need to leave our current position, yet, if we have internal conversations with those invested in our success, we might find that what we need is right within reach, without even leaving,” career expert Minda Harts previously told our crew. In other words, once your manager is aware of your concern, they may be able to squash it by moving you to a new project or team that’s better aligned.

5. RESIGN GRACEFULLY—IF THAT’S FEASIBLE FOR YOU

If that new-job regret still simmers after you’ve given it some time and you’ve ruled out any internal adjustment that might diminish it (or if the mismatch is so egregious that there’s no potential resolution), it’s likely time to throw in the towel.

But depending on your situation, you might first take a few precautions to make that financially feasible. “It’s important to audit your finances before you decide to leave, so you know exactly where you stand,” says Colleen McCreary, chief people officer at Credit Karma. “Once you dig into your spending habits, you might be able to find areas where you can cut down, even if it’s short-term, in order to make it easier to resign.”

If you’d like to have a break before your next role, though, or even take a longer “career nap” (or work sabbatical), it’s essential to have three to six month’s worth of living expenses saved in an emergency fund. (And if you plan to continue any of your health or COBRA benefits from the job you’re leaving, be sure to work that expense into this budget, says McCreary, as the full cost is typically higher than what you’d have paid as an employee.) Otherwise, the experts recommend aiming to have a new job lined up before quitting. While that could certainly mean boomeranging back to your previous employer (if the reasons you initially left aren’t unresolvable), it could also mean putting your full efforts into finding a completely new option once more.

Once you’ve decided to move forward with taking time off or have a new role locked down, follow all the usual best practices for formally resigning. That is, quit with clarity, inform your manager first (in person or face-to-face on video), and work with them to make a game plan for letting the rest of the team know, says Grau: “Careers are long, and the world is small, so it’s best to leave respectfully.”

In this case, specifically, you can also address the short length of your employment. “When framing things, start by expressing how grateful you are to have had the opportunity but then note that you don’t see the long-term fit,” says Williams, who also suggests offering some extra notice (say, three weeks instead of two) and, if applicable, creating a status report for your current projects to ease the burden of successive transitions on your manager.

Eliminating new-job regret from the equation is about finding a job that’s as sure a match as possible before you accept it. And the more you know about both your own career ambitions and the potential jobs you’re considering, the easier that is. Cue: Major soul-searching and researching.

“Before jumping into the job search again, it’s important to invest in deeply understanding, or even documenting, what matters to you most in a job,” says Grau, “including how it fits in with your broader career ambitions, your values, and the right work-life rhythm for you.” Once you have that internal framework defined, consider leveraging your network to seek out open roles, says McCreary. You’ll have a better chance of finding a role you vibe with if it comes from someone who knows you or exists within a company where you have connections. From there, it’s also your responsibility to do a deep dive into the position and the company before applying. (Remember the research part?)

If you move onto the interview phase of the application process, continue that due diligence by asking questions of the hiring manager to get a better sense of the role’s day-to-day function and the company’s norms around communication, performance, and opportunities for growth—all of which are common sources of misalignment between a new employee and their employer, says Grau. In short? The fewer elements of the job you can leave up to chance on day one, the better off you’ll be.