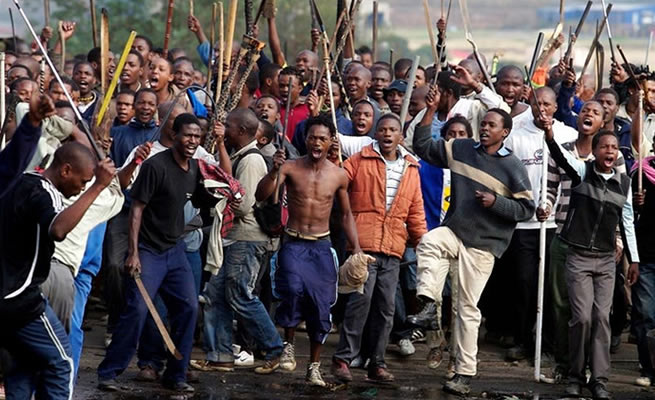 The Ahmed Kathrada Foundation called out the ANC-led government for its failures, which have given credence to xenophobic sentiment in recent months.

These sentiments have, in turn, manifested in unlawful activity, such as Operation Dudula which is gaining support in its desire to drive out all foreigners who came to find a job in South Africa.

Commemorating the fifth anniversary of the death of struggle stalwart, Ahmed Kathrada, at Constitutional Hill, Johannesburg, on Sunday, Neeshan Balton, the foundation’s CEO, urged citizens to direct their frustration toward the real culprits, the failing ANC government, and not the so-called illegal immigrants.

“What is needed is a new approach to politics, a new way of thinking and using our collective power. [ANC veteran] Reverend Frank Chikane has been reintroducing this idea of people’s power in a democracy. We are not exactly sure how we will give effect to it, but, instinctively, we know that it is something that we need to be working towards.

“We need to figure out how we renew and change aspects of our democracy that are not working, as well as aspects of our politics. Ultimately, we need to ensure that power resides with our people and not politicians and political parties,” said Balton.

He said the foundation took part in the march against xenophobia, in Hillbrow on Saturday, because of its belief that frustrations among SA citizens were misdirected.

“We are blind to the fact as to who causes these problems, and it is then easy to hold it against others for things that are going wrong, who played absolutely no role in the kinds of concerns that people blame on those that they think are illegal immigrants. Kathy [Kathrada] was very clear on the dangers of othering people,” said Balton.

Speaker and author Songezo Zibi said South Africa was still such an unequal society, with 90% of the wealth in the hand of only 10% of the population.

“We cannot be surprised when, out of sheer desperation and search for food, people are enticed by a recent campaign to rid the country of black and brown immigrants.”

Zibi said: “I fear that, if this situation is left unchecked, the violence we saw in 2008 and last year would seem like a picnic compared to what will happen. We now have the possibility of poor black people brutalising one another, a shameful outcome if it were to happen in SA in 2022.”

He said what was appalling was that there were people, who had been found guilty of wrongdoing, but still felt emboldened to seek election to leadership positions and, at times, even get supported.

“Even those who shamelessly stole money meant for the scared, sick and dying people, during the worst pandemic we have ever seen in our society, are seeking re-election. With righteous indignation, with insults dripping from their months, they wave a finger at our constitutional order for having the mechanisms that hold then to account,” said Zibi.

He said these politicians have resorted to using “the most disgraceful language to attack black judges, who do the work that our Constitution tells them to do”.

Zibi said this was being made possible because “many capable and righteous people have opted to be silent and leave the work of fighting for a better country to the poor, to the working class, to the NGOs and to those who are willing to walk the lonely road of being a whistleblower or a journalist”.

He urged the educated, black middle class to take it upon themselves to deepen democratic participation by taking up the baton from people, like Kathrada, who had built a foundation for the economic emancipation of all of the country’s citizens.

Balton and Zibi also both questioned the ANC’s stance on Russia’s invasion of Ukraine.

Zibi said: “It means it is entirely possible and correct to condemn George Bush’s illegal war and the invasion of Iraq. And in Vladimir Putin’s invasion of the sovereign state of Ukraine, we have a situation where our government has a moral inconsistency position, and that is how we insult the legacy of people like Kathrada.”