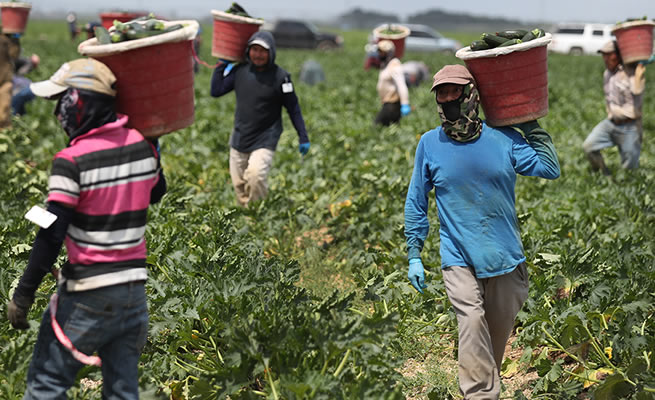 In its attempt to intervene in noncompliance in the farming sector, the Department of Employment and Labour in the North West held two separate engagements with those who work in South African farms as well as the farm owners.

The main purpose for these engagements were to empower employees on their rights in the workplace and also to educate them about other benefits they are entitled to; while for the farmers, the session was aimed at educating them about their obligations towards their employees as per the labour laws dictates.

According to the Provincial Chief Inspector (PCI) in the North West, Boikie Mampuru, most of the farmers get away with lots of mistakes just because employees do not know as to what they are entitled to and that it was therefore important that the Department advocate these laws to avoid situations whereby employers cite lack of knowledge as their excuse for noncompliance.

“The farming sector is one of those that mistreat employees, especially as it is dominated by those that come from disadvantaged backgrounds, therefore it is our responsibility as the Department to ensure that their rights are not infringed upon hence we met with them to ensure we empower them. With employers we also want to educate them on their obligations so that when we crack the whip, they do not turn around claiming we enforce laws that we never advocate,” Mampuru said.

The Department in the province is planning to conduct mega blitz inspection in the first month of the next financial year and the farming sector is one of those that will be inspected and the PCI hopes for fewer transgressions given their constant engagements with the farming sector.

These engagements were focusing on all key services that the Department administers, namely the Unemployment Insurance Fund (UIF), Compensation Fund (CF), Inspection and Enforcement Services (IES) and Public Employment Services which focused mainly on work visas applications and procedures to be followed.