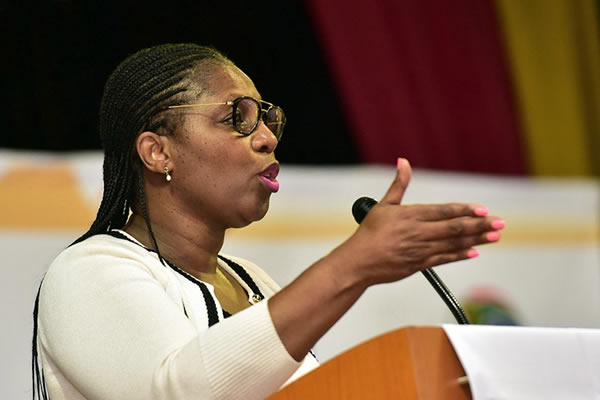 Public Service and Administration minister Ayanda Dlodlo says a framework aimed at the professionalisation of the public service will be presented to Cabinet in the next two months.

Dlodlo said the framework, which includes reviewing and tightening the government’s recruitment processes, among others, is part of the reforms being undertaken, as per President Cyril Ramaphosa’s pronouncement that the foremost priority is to build a capable, ethical and developmental State.

“In support of this priority, the framework for the professionalisation of the public service is being finalised,” she said on Monday.

During the State of the Nation Address, the President announced that this will include tighter measures for recruitment of public servants, continuous professional development through the National School of Government and partnerships between State bodies, professional associations, and universities.

The Framework for the Professionalisation of the Public Service was gazetted in December 2020 for public comments.

A ministerial task team of subject experts from across sectors was established to undertake an extensive peer review, which has now been completed.

“The revised framework will be presented to Cabinet within the next two months and will be proposing fundamental reforms,” Dlodlo said.

Dlodlo said the framework would, as part of the reforms that are being proposed,  include:

“We need to have in the employ of the State qualified officials with relevant skills and competencies for the job they have been employed to do, and such should have ethical disposition steeped in the Batho Pele principles.

“In other words, those who know what they are doing, and perform their duties conscientiously with a strong sense of public service, embodying the basic values and principles of public administration, as enshrined in the Constitution,” said Dlodlo.