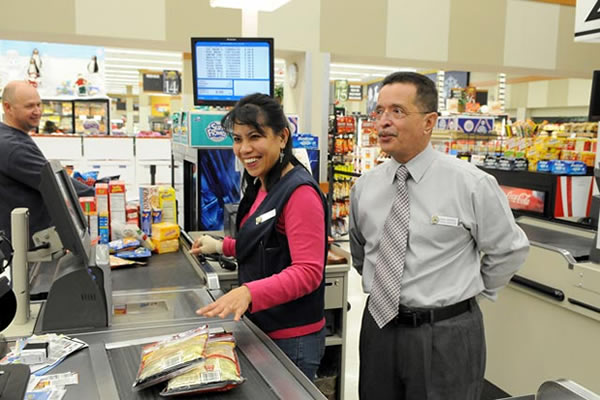 These wages establish the minimum baseline across the sector and workers can earn significantly more based on their position and the company that they work for.

Workers are also paid in accordance with what part of South Africa they are based in.

The below table shows the monthly wages for workers in both Area A and Area B:

While supermarkets remain some of the largest employers in South Africa, there is a growing gap between the highest and lowest-paid workers.

To remedy this, retail groups have announced initiatives to close the wage gap, while the government plans to introduce new legislation to force South African companies to report pay differences between executives and workers.

In October, Woolworths detailed its ‘Just Wage’ initiative, which will see it steadily increase worker wages in the coming years as part of a move to close its remuneration gap.

Data provided by the group shows that South Africa’s retail sector minimum wage as of 1 March 2021 was around R28.25 an hour. By comparison, Woolworths said that its base pay as of 1 April 2021 was R33.40 an hour.

The group said it now plans to increase this base pay to a target of R41.25 an hour by 2023, which will require an additional R120 million investment. This is well above the country’s minimum wage, which is currently set at R21.69.

“Last year, the Woolworths South Africa’s (WSA) base pay was 47% higher than the South African minimum wage rate and 13% above that of the retail sector.

“To further accelerate the improvement in the lives of WSA store-based employees, we will invest an additional R120 million over a three-year period to adjust WSA’s hourly base pay from R33.40 to R41.25 in 2023 – a 23.5% increase. This investment will bring a meaningful benefit to the more than 20,000 store staff and go a long way towards our ‘just wage’ aspirations.”